More Blasts from Halloween Past

It's amazing what you can do with cigar boxes. I have a lot of them. I love that there isn't just one standard kind of cigar box -- some are a little taller, some are wider, some are shiny and some are very papery. This project was made from one of the taller, thinner, shinier ones. This went out as a swap item last year for a Craftster Halloween swap.

boo. I covered the box with two kinds of scrapbook paper, and the letters are chipboard. The pumpkin is a three-dimensional sticker thing that I had. I keep searching for more of these. Should have bought them when I saw them the first time! Seasonal stuff is so different each year. 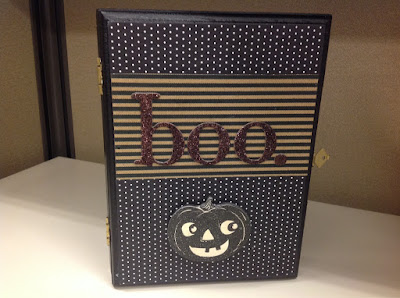 Here's the reverse -- the cat is also from some scrapbook paper, while the decorative bits are stickers. 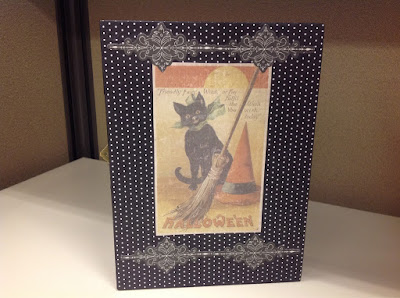 This is the part that I like the best! The skeleton is from a paper bundle by Martha Stewart (released a few years ago), and I added in the "beware!" paper, bats, key, mirrors, flowers and jars. I like how the skeleton takes up both sides of the box. 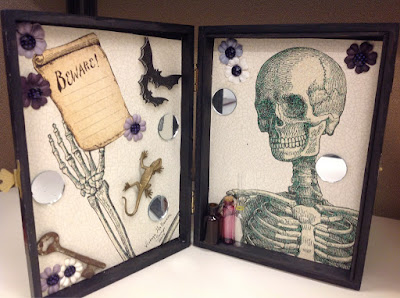 In the same swap, I sent along this altered paper mache Halloween house. I painted it, added glitter, trees, a pumpkin, orange crepe paper, and a tiny owl. (See middle round window. I don't have a better photo of the owl for some reason.) 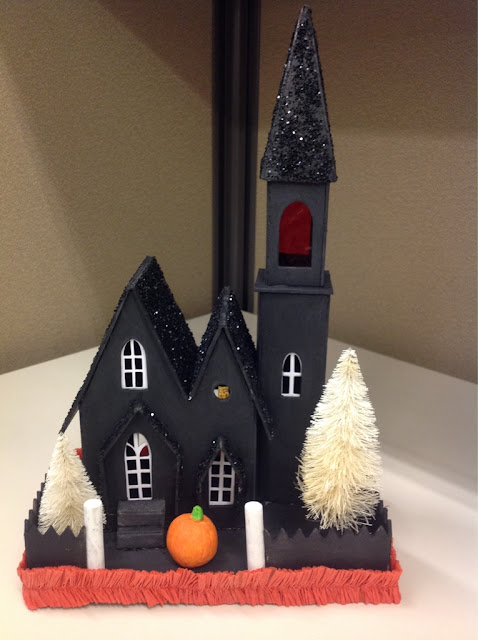 And a Hipstamatic photo of the house -- spooky! 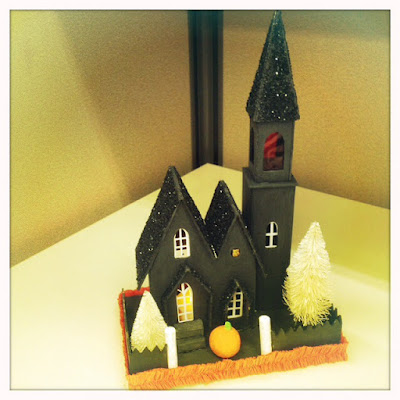 Only five more days until Halloween!

Erika
Welcome to my little world! I love mixed media, arts, crafts and making anything with my hands. I'm always making a mess somewhere with some craft supply or vintage treasure. I hope you enjoy your visit here!