Two heads are better than one... 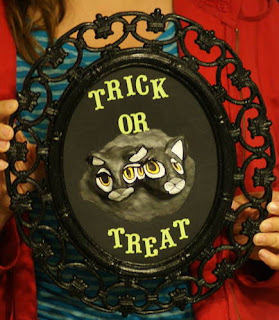 As seems to be the pattern, this was for a swap on Craftster. I believe I made it last year. (Maybe two years ago? Last year feels right though.) My swap partner liked two-headed cats, so that's what I came up with. The frame was something I had picked up at a yard sale, and used to be gold. That was quickly fixed with some black spray paint! The cats themselves are made from paper clay, and painted with acrylics. 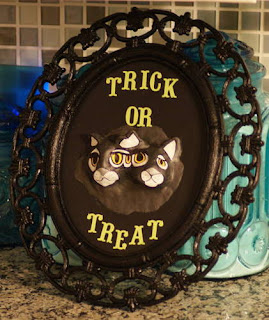 It's certainly one of my more unique creations, but I think it's also fairly hilarious. It was very difficult to photograph, which was why I am holding it in the first photo, and it's propped up precariously against my flour jar in the second.

Erika
Welcome to my little world! I love mixed media, arts, crafts and making anything with my hands. I'm always making a mess somewhere with some craft supply or vintage treasure. I hope you enjoy your visit here!